Home / Leadership Principles / Do Companies Still Give Employees a Christmas Bonus and Does it Affect Turnover? 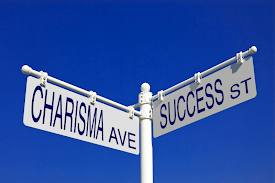 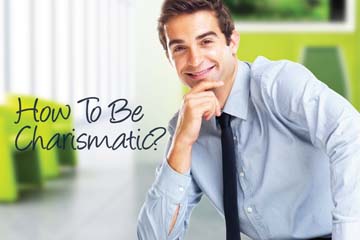 Why Give Out a Christmas Bonus?

By Tonya Wells – Op Ed. – Each year my family and I enjoy watching Chevy Chase in National Lampoon’s Christmas Vacation, and my favorite part every year is when Clark’s cousin Eddy kidnaps his company’s CEO and delivers him to his family wrapped up in a big bow. And, my absolute favorite part is when the CEO’s wife finds out that he’s cancelled all Christmas bonuses (which Clark had counted on and thus made a down payment on a swimming pool for the family), and instead Clark’s boss is giving out Jelly of the Month Club coupons. His wife’s reply is “Well, of all the dirty, rotten ways to save a buck!” Classic! My favorite line of the whole movie!

I always get a big kick out of that part because I’ve NEVER had a Christmas bonus I could count on that would buy a swimming pool, and with the exception of my first major employer, the other large companies I’ve worked for would never have even sprung for something as expensive as the Jelly of the Month Club.

There was kind of a running joke at each of these companies when I was working there.

“Hey man, did you get your Christmas bonus check?”

“Sure. You didn’t get yours? Man, they must not like you.”

“Did you really get a check?” (By now, the person is starting to get worked up.)

And, then everyone would bust up laughing..

None of the larger companies I’ve ever worked for have ever given out Thanksgiving hams or turkeys either.

Ironically, every single small company I’ve worked for has taken really good care of me with a Thanksgiving ham or turkey AND a really nice Christmas bonus. They had way less surplus income than the major corporations I’ve worked for, yet they always made sure we had a nice check at the end of the year and a turkey on the table at Thanksgiving.

What these smaller companies really understand is how to make their employees feel valued.

Out of curiosity this year, I wondered if it was just my bad luck with the other large companies for whom I’ve worked, or if all companies had quit giving out turkeys, hams, and Christmas bonuses. So, I did an informal Facebook poll of my 250ish friends to see what their companies do for them. I know, it’s not a big survey, but it did cover a large geo area.

Not surprisingly, I found that I am not in the minority. Most small businesses DO still give their employees a gift card to go buy a ham or turkey. In fact, a small law firm across the street from where my office is located in Oklahoma City gave out an entire semi-truck load full of them to anyone who wanted one last week during Thanksgiving (including to their own employees), and called me personally to invite me to come get one. And, I don’t even work there.

The majority of larger companies in my area, however, do not give out turkeys or hams. And, Christmas bonuses are something employees still stand around the break room joking about with each other at these larger companies.

I find it very ironic that the companies who can afford to give out these bonuses the least are going that extra mile to make their employees feel valued. Every person with whom I spoke said that receiving these bonuses, regardless of how small they might be, made them feel happy to work for their company and that it made them feel important.

Companies Who Give Out a Christmas Bonus Are Creating Employee Loyalty

True, receiving a Christmas bonus is not the ONLY thing that creates employee loyalty, but it certainly helps. And, the unstated bonus for these companies, is that they ARE creating employee loyalty at a very low cost per employee which more than offsets the high cost of replacing an employee. Employee loyalty produces higher quality work from employees and reduces turnover within an organization.

Employee turnover IS very costly to organizations. According to CBS News, the time and effort spent rehiring and training new employees who make more than $30,000 annually amounts to 20% of the employee’s annual salary. Inc.com estimates that the costs can sometimes run 150% of an employee’s annual salary, although this estimate does seem a bit high.

Who Has the Highest Turnover and Least Employee Loyalty?

According to Business Insider, high turnover and low employee loyalty go hand in hand. They did an interview with lead economist Katie Bardaro at Payscale regarding their report titled “Companies with the Most and Least Loyal Employees”. The top reasons they gave for employees jumping ship were loss of pensions, frequent layoffs, pay, work environment, and vacation policies.

You’d be surprised at some of the big names in business that are listed as having the least amount of employee loyalty. If you’re interested in seeing the list, you can check it out here.

How Can a Simple Christmas Bonus Impact Employee Loyalty?

Take another look at the National Lampoon’s Christmas Vacation video above. Although this movie makes fun of all the employers out there who have been gradually phasing out Christmas bonuses over the past 10 years, there is a note of seriousness to it, and that’s why we can all relate to it so well.

How loyal do you think Clark Griswald felt to this company after he had to go to such extreme measures to get his bonus? I can guarantee you that even as an employee of 17 1/2 years, he felt like he’d been jerked around by his company and probably didn’t feel all that loyal to them after that.

In the informal survey that I took on Facebook, many of the employees whose company’s are still giving out Christmas bonuses expressed that they LOVE their company. To them, the Christmas bonus is more than just  a nice gesture. And they stated that this is just one of many reasons they love working for their employer because their employer does small things like this for them all year long.

My original question was whether or not companies still give employees a Christmas bonus, and my conclusion is that most smaller companies do seem to still follow this tradition while many larger corporations no longer give Christmas bonuses.

The lack of Christmas bonuses at some companies does affect employee loyalty, and adds to one of many factors that influence employee turnover. I found that there are many other factors that go into why an employee leaves as mentioned above – pay, vacation package, work environment, and loss of previous benefits. So,  my research was inconclusive that this one factor alone can cause turnover. It is simply a contributing factor. The less loyalty an employee feels towards the company, the more likely they become to leave it.

The major feedback I received from those surveyed was that those working for larger companies no longer receive a turkey or ham at Thanksgiving or a Christmas bonus because their companies claim they can’t afford it. Really? I’ve seen their senior level executives’ bonuses for the year as outlined in their 10K reports. I’m pretty sure their executives could use part of their bonuses to give a little something back to their employees and still have more than enough money left over in THEIR bonus checks to buy another house on Martha’s Vineyard.

It’s not a matter of affordability with these larger companies as they claim – it’s a matter of where they have placed their priorities. And, for most companies, their priorities are not in building employee loyalty – it’s about further padding the pockets of their CEO, CIO, CFO, and EVP’s and increasing stockholder value by lowering the SG&A costs of the organization by 0.01% by not giving out these bonuses.

If a small mom and pop shop can find a way to reward their employees by taking home less income themselves at the end of the year, then so can larger companies. It’s all about company priorities. So, let me hear your feedback. Does your company value employee loyalty, or are they all about lowering SG&A costs and padding the bonus checks of their executives? If only we could all be Clark Griswald for a day and get away with telling our company what we really think about their Christmas bonus plan…..if only.

My name is Tonya Wells, and I am the founder of Ally Resource Group, a 100% Woman-Owned Executive Search Firm and founder and writer for one of the most popular job blogs on the internet, BlogAboutJobs. I am an AIRS ECRE (Elite Certified Recruiting Expert), ACIR (Advanced Certified Internet Recruiter), CIR (Certified Internet Recruiter), PRC (Professional Recruiter Certification), CDR (Certified Diversity Recruiter), and CSSR (Certified Social Sourcing Recruiter) Certified Recruiter. AIRS is the gold standard for recruiting certification in the staffing and recruiting industry. I have 18+ years of sales and recruiting experience in a variety of industries. My firm provides retained searches, career coaching, and resume critiques/makeovers. I work with my clients to understand their organization’s pain, and goals to find talent, particularly passive candidates. As a career advisor, I work with job hunters to assist with interview preparation, find new and more satisfying career paths, and I work with VC start-ups and entrepreneurs to assist them with developing and executing their business strategy.I am also an author of several job-related Ebooks, and run several blog sites, including BlogAboutJobs. I also do guest writing for other people’s blog sites and for industry sites, and I do reviews of other people’s products and services and write about them on my blog site. If you’d like for me to write a review about one of your products or services, please connect with me, and let me know what your main objective is with having me write a review for you so that I can make sure to cover everything you’d like to have covered in the blog post.Please message me at tonya.wells@allyresourcegroup.com if you need assistance finding employees, with critiquing or doing a makeover of your resume or if you need career coaching because you are changing careers, looking for job advice with things such as salary or commission negotiations or promotions, or need help with a career search.
@http://@allyresourcegrp
Previous Top 10 Technical Interview Questions Prep Books
Next Christmas Gift Ideas | Client Gift Ideas | Corporate Gift Ideas | Christmas Gifts 2013